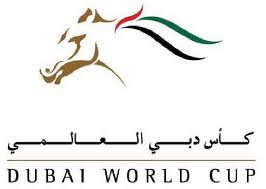 Free PPs from Brisnet
What's up this weekend, and what makes it even more fun, is WORLD CUP DAY, where the richest race in the world, the WORLD CUP, along with 7 other races, will be run in Dubai for a LOT of big purses, including the richest, the WORLD CUP, which will be for a whopping $10,000,000!  That means you don't even have to win to take home a big paycheck!  About the World Cup  Dubai World Cup guidebook
Some American horses hoping to bring home the big prize include a filly, ROYAL DELTA!  She's a Grade 1 winner and is considered one of the favorites to win the coveted WORLD CUP, run at 1 1/4 miles, and she has already won at the distance.  In addition, Bob Baffert's GAME ON DUDE, is also listed as a favorite for this race.  Game On Dude barely missed winning the Breeders' Cup Classic last fall, when he was surprised at the wire by Drosselmeyer to wind up in a strong second.  Bob Baffert's THE FACTOR is considered one of the favorites to win the Dubai Golden Shaheen, a sprint at 6 furlongs.
Another Breeders' Cup graduate, ST. NICHOLAS ABBEY, trained by world class conditioner, Aidan O'Brien, will contest the 1 1/2 mile DUBAI SHEEMA CLASSIC.  O'Brien's son, Joseph, will be in the saddle, and together they won at the distance last fall at the Breeders' Cup.
The eight World Cup races will be LIVE STREAMED by the DRF, so anybody with a computer can watch the races!  It will also be telecast on other horseracing television and internet sites.  Details about these races are listed below, in time order.  In the U.S., we will be watching these races on Saturday morning from 8:10 a.m. to the last race with a post time of 1:40 p.m., New York time.  Links below will take you to other sites with more details, including Past Performances, full cards for each race. 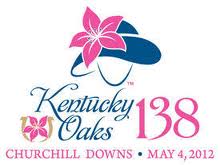 In the U.S. several RACES FOR THREE YEAR OLDS, including three important races for FILLIES:  the Grade 1, $300,000, SANTA ANITA OAKS, at Santa Anita; the Grade 2, $300,000, GULFSTREAM OAKS; and the Grade 2, $500,000 FAIR GROUNDS OAKS, all are considered "preps" FOR 3 YEAR OLD FILLIES. Some of the entries will no doubt be running in the Kentucky Oaks the day before the Kentucky Derby at Churchill Downs.  There could even possibly be a filly or two with dreams of running in the Kentucky Derby itself, as has happened on a few occasions in the past.

TWO DERBY PREPS:  The Grade 1 FLORIDA DERBY and the Grade 2 LOUISIANA DERBY, each with purses totaling $1,000,000, which will certainly pad the bank accounts for those colts needing graded earnings to qualify for the Kentucky Derby.  Over 400 horses have been "nominated" to the Kentucky Derby, and since there are only 20 slots, graded earnings are used to qualify the top 20.  For a list of the horses with graded earnings, click here
Under the race descriptions below you will find a "CARD" for each race.  If the race is in the U.S. you can come back here after the race and click on that Card to watch a race replay.  Replays of the World Cup races will be available at many sites, including YouTube.
FLASH:  DRF will LIVE STREAM the full CARD for WORLD CUP DAY, Saturday, March 31:  DRF - Watch live video of full card at Meydan  Lots of info include FREE PPs.
FLASH:  DRF will LIVE STREAM the full CARD for GULFSTREAM'S FLORIDA DERBY, Saturday, March 31:  DRF - Watch live video of full card Gulfstream  Lots of info including Preview VIDEO. PSSST! After you watch the Florida Derby, stick around to see if Aqsaam can remain undefeated against Keertana in the Orchid Stakes, a 1 7/16 mi marathon for fillies and mares!

FLASH:  DRF will LIVE STREAM the full CARD for SANTA ANITA OAKS, Saturday, March 31:  DRF - Watch live video of full card Santa Anita  Lots of info including Preview VIDEO.
Take a look at the cards below, where major stakes action will occur at Meydan (Dubai), Gulfstream, the Fair Grounds, and Santa Anita.
DON'T FORGET:  Even if you can't watch the U.S. races live, you can come back here after the race has run, click on the CARD listed under the race, and watch a REPLAY!  Let's go to the races!
COUNTDOWN TO THE CROWN:  A "must-read" is Jeremy Plonk's weekly rundown on the Road to the Derby.  DRF: Week 13 - March 30, 2012   He covers the week that was as well as looking toward the weekend.  He also digs into some of the undercard action.  Includes videos of last weekend's races.
TCI - Triple Crown Insider - VIDEO Weekly Review  Jon Siegel and Joel Cunningham wrap up past action and look forward to upcoming races - Twice a week updates
Triple Crown Talk:
Andrew Beyer: Looking for the next Triple Crown star!
DRF: Top 20 for Kentucky Derby
DRF: Road to Kentucky Derby
Brisnet: Kentucky Derby Report
Kentucky Derby Top 20
Full cards are shown below, listed in time order, all adjusted to ET.﻿
Just want a simple list of the races, time ordered?  click here
FEATURED RACES:
Note:  Times may fluctuate.  All times adjusted for EDT

Free Brisnet PPs  All the races!

Sunday, April 1
2:47 ET  Duncan F Kenner S | Fair Grounds| $150,000| 3&up| 6f | Race 4
BHorse: CARD
DRF: Cash Refund vs Gantry in Round 3 at the Kenner
"Todd Pletcher’s  Soaring Stocks has won three races in a row, but none of them look good enough to handle the top Fair Grounds sprinters. Zero Rate Policy, another Florida shipper, came within a nose of winning the Mr. Prospector Stakes two races ago, but that was a career-peak effort. Joe Hollywood has proven little more than early-pace fodder when matched against Gantry and Cash Refund, while Sweetsouthernmoon’s best hope is to sit back and pick off tiring speed horses to earn a minor placing."

"A field of nine was drawn for the 1 1/8-mile event, which features some of the potential top handicap horses in the country. Mission Impazible, Nehro, and Pants On Fire all have had success over the Fair Grounds main track in the past, and each have turned in sharp races to begin their 2012 seasons. Also in the field is the only grade I winner, Toby's Corner, who signaled readiness for a strong campaign with a solid 4-year-old debut last month. Throw in recent Mineshaft Handicap (gr. II) winner Nates Mineshaft and you have yourself one heck of an undercard race."
5:22 ET  Mervin H Muniz Jr Memorial H |G2| Fair Grounds| $400,000|4&up| 1 1/8 miT | Race 9
BHorse: CARD
Smart Bid seeks repeat in Mervin Muniz

RECAP OF WEEKEND RACING ACTION:
DRF: Weekend stakes preview - videos
WATCH RACING ONLINE!
Note:  There are free sites to watch online: check out http://www.ntra.com/ or NTRA Live Stream or sign up for a free trial account at http://www.twinspires.com/content/video  You can also catch the replays right after the big races at http://www.raceday360.com/   Calracing has live coverage of races - Will need to register  Check frequently at DRF as they live stream many of the Derby Preps and marquee races:  http://www.drf.com/
##############
A really good site for the new fan:
Hello Race Fans! Great Beginner site - Check this out!
##############
﻿
NOTE: In order to enjoy and use the functionality of the various sites below, some sites may require you to register, however, there is no charge for most of what you will want access to.  If you want to go to the next level and actually place bets and learn more about handicapping, some of these types of services have a fee, but this is strictly your choice whether to use these services.
DRF Grid: Today's Action - Upcoming & Prior Race Days - Click on any track "day", and pull up that day's entries for each of the races
TTimes: Entries - All race cards for several days strung together
BloodHorse: Stakes Entries - Summary - Click on individual race for card details
DRF Video Replay of Immediate Past races
DRF: ENTRIES - ALL RACE CARDS PER TRACK, BY DAY
DRF - Starts with ACTIVE tracks - Click on the DAY next to the track name to see that day's full race card.
BHorse: LIST OF STAKES RACES - 2011
Simple Alpha List of American Graded Stakes by Stakes Name, by Grade I, II, III
DRF: Racing Meet Dates BY TRACK
This includes a list of all American tracks
List of Race Tracks BY STATE
Useful web sites
DRF - Mike Watchmaker's Weekly Divisional Ratings - Includes PPs
Horse Racing Nation: Brian Zipse covers racing!
Thoroughbred Daily News
BloodHorse online main site
Thoroughbred Times main site
Daily Racing Form main site
Brisnet
Twin Spires Race viewer - One of the best individual race video sites - You will need to register, free
ESPN Sports - Horse Racing link
Links to blogs and other sites I have found useful:
Pedigree Query - Pedigree, Progeny, Stakes Races
Ellen Parker's site - Prominent Pedigree Analyst
Jennifer Wirth's blog - The Saturday Post
Zipse at the Track - Horse Racing Nation
Pedigree Charts Explained
Steve Haskin's blog - BloodHorse
Frank Mitchell - Bloodstock in the Blue Grass
Abigail Anderson Blog - The Vault: Horse Racing Past & Present
*********
Posted by Deltalady