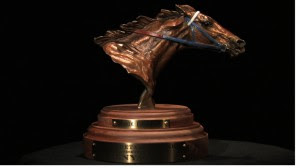 THE STORY BEHIND THE STORY - PAYNTER AND THE  VOX POPULI AWARD

Today's presentation of the Secretariat Vox Populi award to a horse who only a few short months ago looked like he wouldn't even be alive seemed almost anti-climactic!


It has been one thing after another!


First, the owners of the horse had planned to be on hand to meet the plane bringing their horse back to his trainer, Bob Baffert, in California.  This would have been a huge celebration in and of itself, but also, the owners wanted to be on hand in person to receive the coveted Secretariat Vox Populi award.  At the last minute on Friday, Justin Zayat, the son and racing manager for Zayat Stables sent their regrets, that they would be unable to attend the ceremonies because his father had fallen and sprained his ankle.  He thanked all who voted for Paynter and all who had been instrumental in his even being on the ballot.


Other plans were changed as well.  The Secretariat Vox Populi Award was presented by Penny Chenery's son today at Santa Anita, as she is under the weather.


Somehow, these events and details seem mundane when presented next to what has happened to bring us to this point in the story of a brave horse by the name of Paynter!


This has been one of the most heroic journeys by a horse through several life-threatening illnesses.  It is about an owner who provided daily updates of the good and the bad news as it occurred, who permitted the vets and caretakers to provide more information as it was available.  Fans changed their profile pictures on Facebook to Paynter's photo in a show of support.  Mr. Zayat tweeted updates daily, and fans replied back with their support and encouragement.  (See also Steve Haskin's "Profile in Courage" back before the outcome was far from assured in early October) 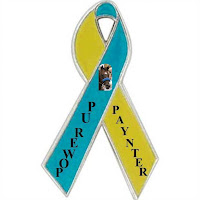 Literally thousands prayed for this horse, shared tears and laughter at the ups and downs, and the incredible daily updates from Mr. Zayat, along with the vets, the hospital personnel, all played a part in this remarkable story that so often in the past has had a tragic ending.  Think Secretariat, himself, and Barbaro -- both of these great animals succumbed to the horrible disease of laminitis, yet, Paynter has survived because of  tremendous advances in medicine.  Not only laminitis could have killed him, but his primary ailment, colitis, kills horses every day.  The final blow with the discovery and removal of the abscess on his secum seemed to help turn the corner and put him on the road to recovery. 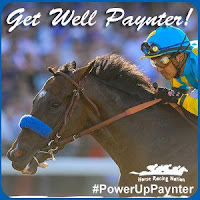 Paynter's struggle to survive was of importance and interest to people even outside the sport.  Many sent prayers.  Many were moved to make donations or visit sites to "light a candle for Paynter!"  We all shared the highs and lows with his connections, especially Mr. Zayat's as he gave daily updates to fans hungry for some good news.


So many times Mr. Zayat reported to the fans in his daily updates that it didn't look good, that he was having to consider the worst possible of the choices which any owner can contemplate, whether it was time to let him go.  Each time this decision would present itself, it seemed that Paynter would find new strength and new resolve to defy the odds.  This really was the story -- the part that the owner and the fans played in helping to keep spirits up, to find strength to go on, with the fans acting as a kind of  "12th man" for the Zayat family as they traversed this amazing journey.  We found strength and hope in an owner who obviously wanted to do the right thing by his horse, and who recognized that fans wanted and needed to be kept apprised of what was happening.  I never thought I would be so interested in the consistency of a horse's manure! But that is part of this amazing story....we cared about every single step toward reaching a positive outcome!


After the emotional roller coaster everyone had been on, it seemed that finally, the goal had been reached, and Paynter was at last declared disease-free.  He was allowed to go outside and graze on his own, and eventually to be turned out into a small paddock.  We watched again with daily updates as Paynter gained weight, photos showing him to be returning to his old self.


On the eve of Paynter being declared completely well and being returned to his barn home of trainer Bob Baffert, the nominees for the Vox Populi award were announced and Paynter wasn't on the list.  For those who had been involved in every single aspect of this horse's journey, it just seemed to be an incredible oversight!  If any horse represented "the horse of the people", it is Paynter! 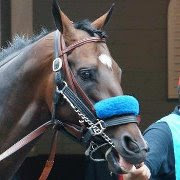 Back in the Sixties, we had an expression that described a spontaneous group event -- we called it a "happening"!  Almost simultaneously, immediately upon the nominees being released, thousands of us started banging on Secretariat's door to pass the word to Mrs. Chenery that a huge error of omission had occurred.  Within minutes and hours, the word spread like wildfire, several columns were written by the turf press, and on Twitter, on Facebook, and in emails, a firestorm was generated.  Within 24 hours, Mrs. Chenery responded and complimented all who brought the issue to her and the committee's attention, and they came out with a revised list of nominees, which added Paynter to the ballot.

Besides the miracle that Paynter most certainly is -- overcoming multiple equine maladies that have literally taken thousands of horses -- it is only part of the "story".  Equally, the incredible coming together through the new social media of thousands who held virtual hands throughout Paynter's ordeal, who embraced the Zayats and they in turn embraced and received much comfort from fans in the virtual community, is also the "story".

In her statement, she said, "The people have spoken, and we have heard their voice loud and clear," Chenery said in a release. "The committee and I were both humbled and delighted by the passion expressed regarding our omission of these fine candidates."


Mrs. Chenery describes her hope and dream for what the Vox Populi award represents:  "It is my hope that the Secretariat 'Vox Populi' Award will be an honor that reflects the heart and soul of racing and will help build upon the devotion the public has for a horse they love.”   "The fans are the life-blood of our sport and their collective 'voice' deserves to be heard and formally recognized."   "The industry is long overdue in annually acknowledging the star horse who brings the most excitement and attention to the sport."

Paynter's and his owner's struggles to overcome impossible odds captured the imagination of thousands of people across the internet.  Of the stars this year -- and there were several deserving ones -- Mrs. Chenery's hope and aspirations are certainly realized in Paynter's story, making him the perfect recipient of this award.
There is more of the story to come, as we watch to see if Paynter can make it back to the races.  Whether he does or he doesn't, his is a story of hope, of heroism, and one of people coming together out of their "devotion for a horse they love"!

Excerpts and links to stories about Paynter's amazing journey:

October 5:
Received word last night that Paynter has come through beautifully the final "leg" of his journey, hopefully, to a return to full health!  Excerpt from report on Paynter: "Today (Thursday) Paynter is doing well. His appetite is great. He is constantly trying to get his veterinarians and nurses to give him more food! He is getting quite demanding and will only let us work on him if he has something to eat in front of him. We hope to have him back on full feed by tomorrow (Friday). His IV fluids have been discontinued and one of his IV catheters has been removed. While complications can still develop, we are very happy with his progress at this point."  Link to view full Press Release

Email ThisBlogThis!Share to TwitterShare to FacebookShare to Pinterest
Labels: Horses, Other, This and That

Such a fantastic post! Thank you for putting into words how we racing fans have felt about this incredible journey we've taken with this extraordinary horse and his caring and devoted owners and connections.
I've been a fan of Paynter all along and when it seemed one tragic thing after another seemed to befall him, my heart would break all over again (similar to my feelings during the Barbaro ordeal). I had Paynter in my "virtual stable" since early in the year and followed all his races - before all this heartache even started. I was so pleased that the Zayats were so kind to Paynter's fans by giving us as much news as they themselves got. We were well informed and got involved in his daily reports - rejoicing in the fact that it seemed there'd be a happy ending!
And oh what a happy ending it has become! To have Paynter receive this prestigious award has got to be the most justified event I've seen in years! I'm so happy his struggles and blessings have brought him to this.
Even if he never races again, Paynter is a personal hero to me and countless others!
Thank you for your wonderful words, they are the voice of the people as well.

Christine, thanks for your kind words. I had in my mind the story of Barbaro as a contrast to the outcome of Paynter. Just a few short years, and vet medicine has made huge strides towards conquering these terrible equine maladies, especially laminitis. Best regards, Ann Maree