WEEKEND RACING, PRIMARILY OVERSEAS: With the lull before our own Breeders Cup coming up, the top class racing will take place outside the U.S. this weekend, but there are a couple of races in the U.S. that might be of interest. First on Friday, Rosalind runs in the G3 Pin Oak Valley View at Keeneland (a friend of mine has an interest in Goldy Espony also in this race). Then on Saturday, the Grade 2 Lexus Raven Run at Keeneland has several 3 yr old fillies whose sires are of... interest: Street Sense (2 entries), A.P. Indy, Tapit, Flatter, Birdstone, Speightstown (2 entries).


Also in the U.S. will be the biggest day of American hunt races at Far Hills, New Jersey. See more info below.


In our own backyard, on Sunday, our Canadian friends will be celebrating the running of the PATTISON CANADIAN INTERNATIONAL. Brown Panther (the Irish St. Leger winner), Big Blue Kitten (Kitten's Joy), and Hillstar (another British invader, to be ridden by Ryan Moore, trained by Sr. Michael Stoute) head a field of ten.

The biggest races, however, are taking place overseas: Saturday, AUSTRALIA'S G1 CAULFIELD CUP, one of the lead-up races to the Melbourne Cup; GREAT BRITAIN, BRITISH CHAMPIONSHIPS. Sunday: JAPAN's G1 SHUKA SHO, the final leg of the Japan Fillies Triple Crown. Due to the time difference for Australia and Japan, it will be easier to catch the replays later in the day.

There are some races around the U.S. for state-breds in Maryland, New York,  Oklahoma, and West Virginia.  Check out any races you might have an interest in at BloodHorse racing index 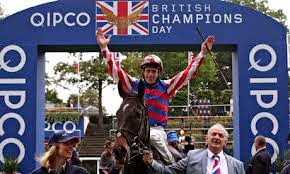 The BRITISH CHAMPIONSHIPS can be seen in the U.S. starting Saturday morning at 8:45 a.m. New York time, with the two key races -- the QE II at 10:30 ET, and the Champions Stakes at 11:05 a.m. The race at 8:45 a.m. is the Long Distance Cup, which will feature the Queen's Estimate in what could be her last race. Despite many of the biggest stars being ruled out for conditions, injury or retirement, Cirrus des Aigles, the 8 year old wonder gelding, is expected to be in the lineup for the Champions Stakes, along with Noble Mission (Frankel's brother), Al Kazeem, and Ruler of the World. Conditions at Newmarket are expected to be "testing" (wet!). More to come!
British Championships - Champions Day info
Champions Day looks short of champions

Note:  Because of time difference, you likely will catch the replay later in the day in the U.S., which will be posted here once it is available.
The Caulfield Cup is a Group 1 open handicap race that takes place each year at Caulfield racecourse during the Melbourne spring racing carnival in October. The race is run over a distance of 2400 metres and worth $3,000,000 in prizemoney. The 2013 Caulfield Cup was won by Fawkner from Dandino with Dear Demi third.

The Caulfield Cup is becoming one of the world's richest handicap races over a distance of 2400 metres and is Australia's second biggest Cup race after the Melbourne Cup. The race itself is the premier race of the three day Caulfield racing carnival, with the Gr1 Caulfield Guineas and Gr1 Thousand Guineas taking place on the preceding Saturday - see these race results below:


The Caulfield racing carnival in October, especially the Caulfield Cup, signals the beginning of big time racing in Melbourne, as spring racing only gets bigger and better with the running of the Gr1 WS Cox Plate one week later and the AAMI Victoria Derby the following week.

More on today's race
Oct. 16: Caulfield Cup field hit with withdrawals  Dandino’s withdrawal paved the way for Peter Moody to have another starter in the 2400-metre handicap with Brambles to join stablemate Lidari in the race.
Oct 16: Rising Romance out to overcome wide draw
More on Melbourne Cup day - November 4 - Week by week review leading up to race 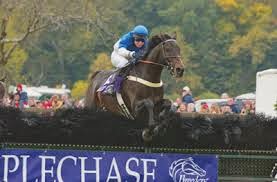 Far Hills, N.J.: Grand National headlines steeplechase racing's biggest day of the year
More than 35,000 spectators are expected to attend the 94th annual Far Hills Race Meeting on Saturday, Oct. 18, from 8 a.m. to 6 p.m., at Moorland Farm, 50 Route 202 in Far Hills. Gates open at 8 a.m. and post time is 1 p.m. for the first of the day’s six races.

There are some races around the U.S. for state-breds in Maryland, New York,  Oklahoma, and West Virginia.  Check out any races you might have an interest in at BloodHorse racing index 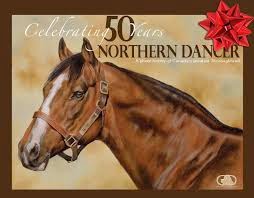 In addition to the mile and one-half Pattison, one of Canada’s richest thoroughbred races (the other $1 million races are the Queen’s Plate and Woodbine Mile), two other turf stakes will be showcased – the Grade 1, $500,000 E.P. Taylor, at one mile and one-quarter for fillies and mares and the Grade 2, $300,000 Nearctic at six furlongs.

The 77th edition of the International will go postward at 3:32 pm ET.  TSN will provide special live coverage across Canada from 3:00 pm – 4:00 pm ET.  This marks the 12th year that Pattison Outdoor, Canada's largest outdoor advertising company, has sponsored Woodbine’s turf classic, which rewards the winner with $600,000.   All horses carry 126 pounds.  Read more
The Pizza Man back at Woodbine for the Canadian International

NEWS
Remembering Cigar - Video tribute HRTV
Global Sprint Challenge - What is it? Who has won? What are the races?