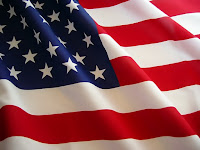 BULLETIN:
KENTUCKY DOWNS POSTPONES SEPT 12 RACES
Kentucky Downs has postponed its Sept. 12 card because of a rain-softened turf course and will move each race to Sept. 14, according to track president Corey Johnsen


TURF, TURF AND MORE TURF!
Plenty of distance racing, not just overseas, but here in the Colonies and in Canada.


If you like Turf, if you like long distance racing, an action packed couple of days of racing awaits in North America, Across The Pond and on the Continent!

NOTE: Two controversial calls by the stewards in each jurisdiction decided the outcomes of the St Leger and the Irish Champions Stakes. Andrew Hawkins breaks down both races along with quotes from Twitter and replays from different angles of the two races:  Why stewards got it right in both St Leger and Irish Champion

Group 1 action is in high gear.  It does get a  little confusing in that the English St Leger is also this weekend, as is the Irish St Leger.

ENGLISH ST LEGER G1
World's oldest Classic, the St Leger was run first in 1776.  It is run left-handed. The "St" is written without a period, in fact the British tend to roll their eyes over the tendency of countries that run versions of the original St Leger in writing the "St" with a period. As an example, the new American version of this race, at Arlington Park, is written as "St." Leger.

IRISH CHAMPIONS S G1
At Leopardstown, CIRRUS DES AIGLES, GLENEAGLES, GOLDEN HORN, and GREY GATSBY are all slated for the Irish Champions Stakes on Saturday, but weather could play a part in whether all make to the starting gate. Stay tuned...   Gleneagles and Golden Horn given Longchamp options

Gleneagles scratched earlier.
The mouth-watering match up with Gleneagles and Golden Horn may wind up being sabotaged by the weather-gods. Heavy rain would inconvenience several other runners on the star-studded card on Saturday.

IRISH MATRON S G1
Also at Leopardstown on Saturday in the Irish Matron Stakes, some fillies and mares will meet up, some of whom you may recognize: CLADOCERA (Oasis Dream x Green Desert), EURO CHARLINE (owned by Team Valor, won the Beverly D last year), LEGATISSIMO (beat Tiggy Wiggy in 1000 Guineas; beat Arabian Queen in the Nassau; 2nd to Diamondsandrubies in Pretty Polly; 2nd to Qualify in Oaks Stakes, all Group 1 races, all this year) face off in the 1 mile contest.

SUNDAY, at The Curragh, the Irish Champions weekend wraps up with three Group 1 races: the first two for 2 year olds: for 2yo fillies, the Moyglare Stud S.  For 2yo colts and fillies, the Vincent O'Brien National S.


Sunday will also see TREVE's final prep in the PRIX VERMEILLE for her historic attempt to win the Arc for the third time. ARABIAN QUEEN, who ruined Golden Horn's perfect record at Juddmonte earlier this year, is one to watch out for.

In the race following the Prix Vermeille, another Group 1, the PRIX DU MOULIN, with KARAKONTIE (Japan bred, Broodmare Sire Sunday Silence, Grandsire Storm Cat, he won the BC Mile 2014); ESOTERIQUE, was second to Solow in the Queen Anne at RA, won the G1 Jacques Marois.

If you don't have the means to watch these races live, most should be posted soon after the running at YouTube, by those that do have access.

With the recent passing of Green Desert, a very influential sire and sire of sires, he is represented this Saturday at Leopardstown in two G1 races:  he is the grandsire for Golden Horn, who is slated for the Irish Chmpion Stakes; and he is also the grandsire of Cladocera who is running in the Irish Matron Stakes. Then, in the Irish St Leger, Agent Murphy's grandsire is also Green Desert.

A couple of marathons, kind of unusual on U.S. shores
Eleven are entered for Saturday's $300,000 Dueling Grounds Derby at Kentucky Downs. You might think you are in Europe or Great Britain with horses going 13 furlongs (1 5/8 mi) on the undulating, European-style course.  CLOSING BELL, off his runner up showing in the Grade 1 Secretariat at Arlington, is the 2-1 morning-line favorite. CONQUEST PACEMAKER, in from Canada, will face GIN RIKI from California, and GOOD AND PROPER from Florida.


A short field of only four in Saturday's $200,000 Temperence Hill Invitational at Belmont Park, at 1 5/8 miles. V.E. DAY, who hasn't won since last year's Travers, drew the rail, and will face TACTICUS who is off a victory in the 1 3/4 mile Birdstone Stakes at Saratoga last month. Completing the 4-horse line up are SLIM SHADEY and INDYCOTT.

If you crave more distance racing in the U.S., and if you like the Turf, you should enjoy the menu for racing this weekend. From the unique "European style" track at Kentucky Downs, to the oldest Classic race in the world, there's plenty to savor this weekend.

Kentucky Downs is a Thoroughbred horse racing track located on the border between Kentucky and Tennessee, in the city of Franklin, Kentucky, just off Interstate 65. It is unique among American tracks in that it is a European-style course — its surface is all turf (grass) instead of dirt, and it is not oval in shape.


Eight-year-old HYPER comes off a third-place finish in the American St. Leger at Arlington Park to line up as the morning line favorite in a full field for Saturday's $600,000, Grade III Kentucky Turf Cup at Kentucky Downs at 1 1/2 miles. 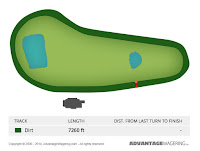 Conventionally known as a “European style” track, the Kentucky Downs course is not only irregulary shaped, but features a number of small rises and dips as opposed to the more common flat-racing surface. This type of surface is frequently referred to as "undulating".

Built on the site of a historic, colonial 'dueling grounds' Kentucky Downs features turf racing only on one of the most unique courses in North America. The track was originally designed for steeplechase racing, and still holds a number of steeplechase races throughout the season.

Rain could put a damper on the Grade 1 action at Doncaster and for Ireland's Champions weekend  Alert for Irish Champions Stakes:  Gleneagles & Golden Horn given Longchamp options

St Leger at Doncaster
TimeForm's predictions:  The Great Voltigeur looks the key trial, and with STORM THE STARS winning that race in the style of one who will relish the extra distance, he's taken to confirm placings with Bondi Beach. The latter's stablemate Fields of Athenry has each-way appeal.  Timeform 1-2-3
STORM THE STARS (6)   BONDI BEACH (1)   ORDER OF ST GEORGE (4)

RESULT: BONDI BEACH after SIMPLE VERSE DQ'd
Footnote from last weekend's racing. Two controversial calls by the stewards in each jurisdiction decided the outcomes of the St Leger and the Irish Champions Stakes. Andrew Hawkins breaks down both races along with quotes from Twitter and replays from different angles of the two races:  Why stewards got it right in both St Leger and Irish Champion


Timeform Prediction: This could be the race of the year. GOLDEN HORN suffered a shock defeat at York but there were excuses and he's taken to bounce back and confirm himself the real top-notcher he'd looked when winning the Derby and Eclipse in impressive fashion prior to that. Prince of Wales's hero FREE EAGLE could easily have more to come after just 5 starts and may provide the main threat ahead of GLENEAGLES. Timeform 1-2-3:
1. GOLDEN HORN (5)  2. FREE EAGLE (2)   3. GLENEAGLES (4)

Irish Matron S - Leopardstown
Timeform prediction: LEGATISSIMO showed what she's capable of when everything drops right (arguably unlucky not to have won at highest level on last 4 starts) in the Nassau at Goodwood last month and is narrowly preferred to David O'Meara's AMAZING MARIA, who goes in search of a hat-trick of Group 1 successes. EURO CHARLINE wasn't far behind AMAZING MARIA in the Falmouth and may prove best of the remainder.  Timeform 1-2-3:
1. LEGATISSIMO (7)   2. AMAZING MARIA (1)   3. EURO CHARLINE (4)

Jack Hobbs Winner of the Dubai Duty Free Irish Derby and warmed up for the Arc with an effortless win against inferior rivals on the all-weather at Kempton. Soft ground in Paris preferred by trainer John Gosden.

Golden Horn Leading three-year-old of the year having added Saturday's Qipco Irish Champion Stakes to wins in the Investec Derby and Coral-Eclipse. Potentially better at 1m2f and soft ground an issue but has a turn of foot to match Treve.


************************
NEWS
Pizza Man hoping to deliver in Japan as well as at home
Richard Papiese, principal of owner/breeder Midwest Thoroughbreds, revealed that The Pizza Man will use the Shadwell Turf Mile as a prep for both the October 31 Breeders’ Cup Turf (G1), which also takes place at Keeneland, as well as the Japan Cup (Jpn-G1) at Tokyo Racecourse on November 29.