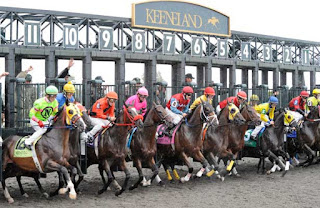 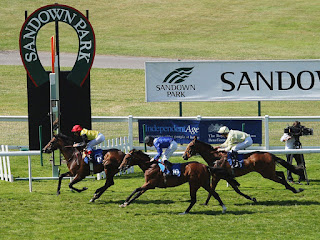 In the lull until the First Saturday in May, there are a few races around the country and also overseas that will be worth checking out.

Note: For U.S. races, you can return to the CARD below to watch a replay of the race at BloodHorse. 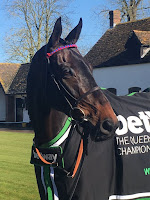 Sprinter Sacre out to steal Sandown "While the Gold Cup – over three miles and four furlongs, involving 24 fences – would normally be the highlight of the afternoon, it’s likely most attention will be on the preceding race, the Celebration Chase. "

Nicky Henderson: Sprinter Sacre looks too good not to run at Sandown. The black aeroplane will take on Willie Mullins’s Un De Sceaux in Celebration Chase. Read more at source

According to TimeForm: A fascinating rematch between UN DE SCEAUX and Queen Mother Champion Chase hero SPRINTER SACRE. The latter won that race fairly and squarely, but the prospect of a softer lead will surely help the former no end, and with Sprinter Sacre likely best fresh nowadays, the scales are tilted slightly in Un de Sceaux's favour.

Note:  TDN Rising Star Behrnik's Bank slightly favored in the NY Stallion Stakes in her 3 year old debut. She's the one that won her debut by 18 links and her second race, a listed stakes, by 13, then lost by a nose her third time out. Just couldn't mature enough to get on the Oaks Trail, I suppose, and don't know much more about her, but she sure is fun to watch!
Video replays of Behrnik's Bank prior starts, when she was a 2 year old:
Debut Nov 4 - Penn National    Stakes debut Nov 25 - Penn National  NY Stallion Stakes Dec 20