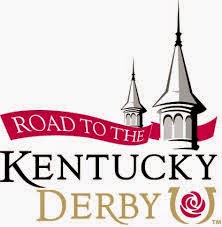 HEADLINES:
Big weekend around the globe.  UPI Weekend in Review

United States
In the U.S., the last of the Derby Preps at Oaklawn with AMERICAN PHAROAH expected to take the Arkansas Derby, with the rest of the field running for second-fourth for points to get in the gate on May 2.

SUMMER FRONT looking to get that elusive Grade 1 win in the Makers 46 Mile at Keeneland, Friday.

BEHOLDER launches her comeback in the Santa Lucia at Santa Anita, also on Friday, along with UNTAPPABLE set for rematch in the G1 $600,000 Apple Blossom.  Read more at BloodHorse     Untappable set for Apple Blossom rematch 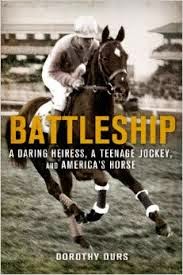 Another history
This history leaves out an important chapter, the one where the American horse, BATTLESHIP, a son of Man O'War, had won the American Grand National in 1934. Then, in 1938, he won the Grand National and became not only the first dual American/British winner, but also, was the last "entire" horse to win the fabled race. While he was not prolific, he did sire several champions, in addition to an American Grand National winner. He was raced by Marion duPont, and after racing returned to her Montpelier estate, where he lived to the ripe old age of 31. He is in the US Racing Hall of Fame. Battleship wiki page

Red Rum, the greatest Grand National racehorse of all time 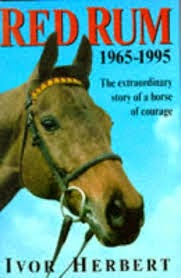 When Red Rum and Tommy Stack came home alone in the 1977 Grand National, he established beyond all possible dispute his right to the title of the greatest chaser in Grand National history.

In five successive years he had jumped the course five times without making a single serious mistake. No other horse had ever won three Nationals, no other horse ever covered those 4 miles as fast as Red Rum did to beat Crisp in 1973.

"The decision has been made to run Red Cadeaux in the Queen Elizabeth Stakes, as opposed to the Sydney Cup, at Randwick on Saturday," Dunlop wrote on his website. "The excellent Kerrin McEvoy will ride as Hugh Bowman is set to partner Lucia Valentina.

Favorite ROUGE BUCK (Manhattan Café [Sunday Silence] ex. Ginger Punch x Awesome Again.  First three starts she has won against the boys, so she should have no problem with the fillies.  This girl can race from a forward position or the rear. She’s shown she can handle a clockwise track or a counterclockwise one. She has also handled the long trip from her home-base Miho to the west without a hitch. Having run over distances of 1,800 and 2,000 meters, the only question that remains is whether she can handle her first mile with equal aplomb. With the pace of this year’s Oka Sho expected to be a leisurely one, Rouge Buck shouldn’t have a problem. Neither should she have a problem with the haul to Hanshin, according to her trainer.  Rouge Buck winning the G3 Kisaragi Sho 2-18-15:  Race Replay - Rouge is #3 - Kisaragi Sho

The Oka Sho is open only to 3-year-old females and carries a first-place bounty of 89 million yen, a total purse of nearly 185 million yen. The race is run over the Hanshin 1,600-meter outer course and is the shortest of the Triple Crown trio.  Preview for the Oka Sho

The CARDS links below will take you to replays once race is completed.

Scroll below for Day Two of The Championships, Sydney

More on today's races
Getting All Luvy Dovey in Arkansas Derby

Note:  Day 1 of The Championships results and replays are posted below.

Results of all of today's races available at http://www.races.com.au/

Longines Queen Elizabeth Stakes Race 9
The Weight For Age Championship
2:35 a.m. EDT  G1 $A4,000,000  2000m for 3YO +
A race steeped in history, prizemoney offerings of $A4 million makes the Queen Elizabeth the world’s richest 2000m turf race.
RESULT:  Write-up  Red Cadeaux continues his "seconditis" for the Australia Queen Elizabeth Stakes at Randwick.  Winner, CRITERION, off to Sha Tin for the HK Queen Elizabeth II Cup on April 26, then he is off to Royal Ascot, most likely for the Prince of Wales' Stakes.