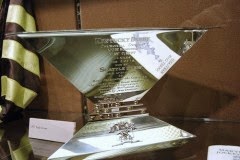 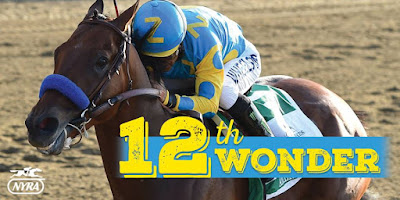 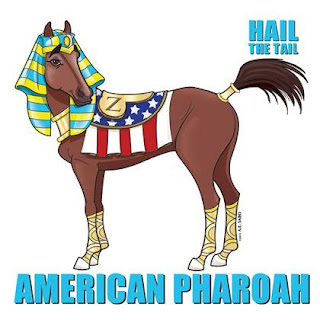 On Saturday, some of the best racing that America has to offer will be on display. With nearly $9 Million in purses over the two days, it is also one of the richest racing festivals for an event not named Breeders Cup, with over $7.5 Million to be offered on Saturday alone, including SIX GRADE 1 races. 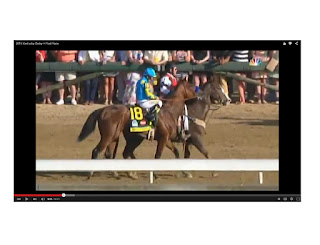 Across the Pond
Fastnet filly shocks in Epsom Oaks

Lists/Links
American Pharoah's buddy, stable pony Smokey
The Wynn's top "Wizard of Odds", Johnny Avello picks American Pharoah
Trainer Bob Baffert thinks it would be nice to go 'into Marshawn Lynch mode'
Clocker Gary Young predicts a Pharoah Triple Crown
Updated Vegas Belmont Stakes odds
Scott: "Couldn't we have pretended for a little bit longer that winning the Triple Crown really is mostly about the sport, not stud deals and selling products?"
Veitch: Recalling Holy Bull while watching American Pharoah
Angst: Smooth stride could lift American Pharoah
Veitch: A look at four horses that fell short at Belmont
Team de Kock enjoying Belmont adventure with Mubtaahij
Christophe Clement [2014 Peter Pan/Belmont winner Tonalist], "There's no doubt it's an advantage to have a fresh horse going into the Belmont."
Baffert prepared for Triple Crown attempt, "I really feel like it's a different vibe with this horse."
Spoiler alert: Materiality owner, "I've been rooting for a triple crown for more than 30 years ... So it's a little bittersweet to have a horse in the race trying to beat him."
Zito in spoiler role again, "If American Pharoah wins, it'll be a great job by the trainer [Bob Baffert] and a great horse and great for racing. And if we do it again and Frammento wins, that'd be great for us. But the game is bigger than anybody."
Eleven Instagram accounts to follow for Belmont
Triple Crown-winning jockeys hopeful but skeptical of Pharoah's chances
The aerodynamic advantage of American Pharoah's short tail
**************************

MORE NEWS
Back to the Future with California Chrome