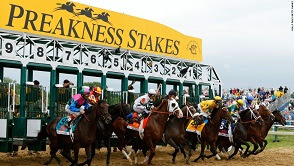 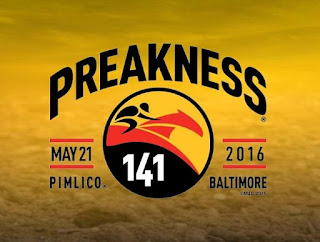 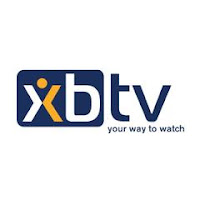 Plenty of top class racing action taking place this weekend. Below are links to help all levels of ability to participate in wagering or just being able to enjoy watching all of the races. Be sure to pull up the Time ordered races - Printable file and print it out. It will give you a summary of each of the races, along with a listing by time order of most of the races with the entries listed.

Also, be sure to scroll down to the HORSES section for information about each Preakness horse, their past performances including video replays, a description of running style, and more.

Have fun and Let's Go To The Races!!

After races have been run, click on CARD for a replay

Results
All race replays can be seen by clicking on the CARD above
Ben's Cat wins the Jim McKay Turf Sprint a 5th time
BloodHorse on Ben's Cat remarkable win in the Turf Sprint
Ahh Chocolate gets the trip in duPont; Ben's Cat does it again in thriller
Noble Bird shows he's best on the lead in the Pimlico Special
BloodHorse: Noble Bird returns to form in Pimlico Special
Go Maggie Go soars in Black-Eyed Susan

All your handicapping and Preakness news in one place - TwinSpires

100% chance of rain in Baltimore for Saturday's Preakness Day
Off track no worry for O'Neill; Video interviews with O'Neill & Desormeaux
Gun Runner will not run in Preakness

“What sticks out in my mind about the Affirmed and Alydar rivalry was that Alydar was there every time, pushing Affirmed. You have the burning memory of watching that stretch duel in the Belmont Stakes. That was a race. That’s a true rivalry,” Desormeaux said. “Whereas with Exaggerator and Nyquist, we might have scared him a bit in the Derby, but we have never really put that true fear of getting beat into him yet. I don’t consider it a rivalry yet until we hook him eye-to-eye and test him to his core.”
On Saturday, perhaps that will finally change.
At some point, persistence figures to pay off.
Nyquist will be saddled indoors for Preakness
..........
Steve Haskin on Stradivari in Preakness
Nyquist jogs; Garcia reflects riding two Derby winners
2 Videos - Nyquist jogs and interview with O'Neill
Interview with Todd Pletcher on Stradivari
FOUR SONS OF UNCLE MO ARE SCHEDULED TO RUN IN THE PREAKNESS!
ABIDING STAR - He took 7 tries to break his maiden (there's still hope for ZICONIC & COZ!!!), and he has won everything since then, for a total of 11 starts.
Others by Uncle Mo scheduled for the Preakness:  Nyquist, Laoban, Uncle Lino

Page McKenney is a special story
Blue collar hero, Page McKenney, "has now finished in the money in 24 straight races dating back to April 25, 2014, and only two of those were third-place finishes. In an era in which many stakes horses don't even make 24 career starts, his consistency is remarkable."

THIS AND THAT
Twelve already committed to the 2017 Pegasus World Cup
Tapit's Rising Son
A Taylor Made Home for California Chrome
Children of Secretariat: Extraordinary daughter who left major legacy
Five hot takes from the Kentucky Derby
Longines, The Jockey Club announce partnership 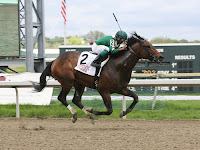 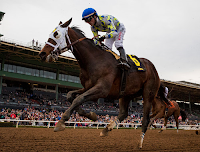 Notable achievements and interesting facts: Laoban set the pace and then faded late in both the Grade 3 Gotham Stakes and the Grade 1 Toyota Blue Grass Stakes. Unfortunately, his fourth in the Blue Grass Stakes left him on the outside looking in for the Kentucky Derby, needing one scratch to draw into the field. When no one scratched out of the field, he was rerouted to the Preakness, a distance he should be able to handle better than the Kentucky Derby's 1 1/4 miles 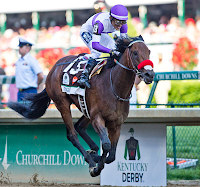 Notable achievements and interesting facts: Perhaps no 3-year-old in recent memory rolled into the Triple Crown with as impressive a resume as Nyquist's. He's won all eight of his races, including a very fast Kentucky Derby. He was named champion 2-year-old male after a season capped by a win in the Sentient Jet Breeders' Cup Juvenile. Nyquist enters the second leg of the Triple Crown after winning the fastest Kentucky Derby in 13 years. Nyquist and his sire, Uncle Mo, are the first father/son duo to win champion 2-year-old male honors since Seattle Slew and Vindication in 2002, and Nyquist is the first champion 2-year-old to stay undefeated through the Kentucky Derby since Seattle Slew. He shares the same connections as 2012 Kentucky Derby and Preakness winner I'll Have Another.

Notable achievements and interesting facts: After steadily improving in his first four races, Uncle Lino took a step in the wrong direction when fourth, beaten by 10 lengths, in the Grade 2 San Felipe Stakes and third, beaten by 8 ½ lengths, in the Grade 1 Santa Anita Derby. But when Uncle Lino dropped down to listed stakes company at the end of last month, he won the California Chrome Stakes at Los Alamitos. By 2015 leading freshman sire Uncle Mo, who will probably have three horses in this race, and out of a half-sister (same dam [mother], different sire [father]) to 2011 Preakness winner Shackleford, Uncle Lino is worth taking a look at. 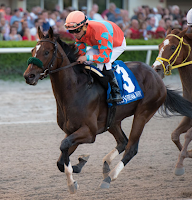 Notable achievements and interesting facts: After losing his debut, Awesome Speed won his next three starts, including two stakes races. Awesome Speed skipped the last round of Kentucky Derby prep races after finishing fourth in the Fountain of Youth Stakes in February. Awesome Speed will be coming into the Preakness off a six-week break after winning the Federico Tesio Stakes via the disqualification of Governor Malibu. 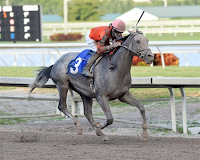 Notable achievements and interesting facts: Cherry Wine has really started to come into his own in the last five months or so. He won back-to-back races by a combined margin of 15 ¼ lengths before finishing fourth in the Grade 2 Rebel Stakes and third in the Grade 1 Toyota Blue Grass Stakes. He was beaten just a head for second in the Blue Grass, which cost him a spot in the Kentucky Derby field. After sitting on the Kentucky Derby also-eligible list, Cherry Wine was rerouted to the Preakness where he looks guaranteed to get a spot in the field.

Notable achievements and interesting facts: Collected finished second in a Grade 3 in his second start and won the Grade 3 Sham Stakes in his third start. A winner of the Sunland Park Festival of Racing Stakes, Collected is coming into the Preakness off an easy, confidence-boosting four-length victory in the Grade 3 Lexington Stakes. Collected is from the family of champions Blushing Groom and Agnes Digital.

Notable achievements and interesting facts: Exaggerator has faced elite competition since early in his 2-year-old season, winning the Grade 2 Saratoga Special Stakes in his third start before a runner-up finish in the Grade 1 Claiborne Breeders’ Futurity and a fourth-place finish in the Sentient Jet Breeders’ Cup Juvenile. He delivered a visually stunning victory in his final prep for the Kentucky Derby, when he closed from last to first in the Santa Anita Derby and powered clear to win by 6 ¼ lengths. He lived up to his billing as a consistent horse who always runs his race in the Kentucky Derby to make an impressive late run for second place. Exaggerator has finished behind Nyquist in four races, including their debuts last June. 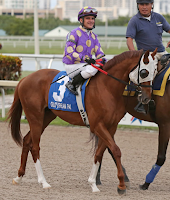 Notable achievements and interesting facts: Fellowship debuted last May and has made at least one start in every month except for December and March since then. Fellowship has won at distances from 4 ½ furlongs to 1 1/16 miles, finishing first, second or third at five different distances. Fellowship was transferred to Mark Casse after the Florida Derby in April and finished fourth in the Pat Day Mile Stakes before taking aim on the second leg of the Triple Crown

Notable achievements and interesting facts: Lani is by two-time leading U.S. sire Tapit out of the elite Japanese racemare Heavenly Romance, by 1989 Kentucky Derby-Preakness winner Sunday Silence. Bred in Kentucky, Lani made the first five starts of his career in Japan, where he won twice before shipping to Dubai and winning the UAE Derby. Lani made a name for himself at Churchill Downs for his high-spirited temperament and finished ninth in the Kentucky Derby. He will be the first Japanese-based horse to run in the Preakness Stakes. 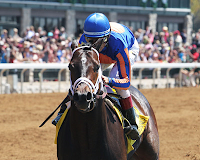 Notable achievements and interesting facts: Stradivari made his debut in early November, finishing fourth. But since then, he has been impressive in his two starts with a combined margin of victory of 25 ¾ lengths. Stradivari has won at 1 1/16 miles and 1 1/8 miles, with the colt getting better the farther he goes, but the Preakness will be his first start in a stakes race. Stradivari is by Medaglia d’Oro, who finished second in the 2002 Belmont Stakes and both the 2002 and 2003 Breeders’ Cup Classic, and he is out of multiple graded stakes winner Bending Strings.