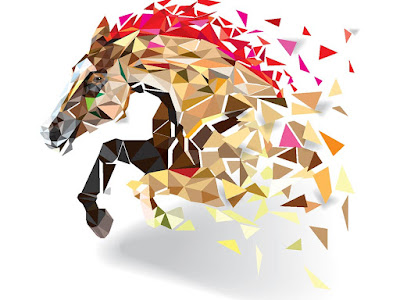 ARROGATE'S PERFORMANCE GIVEN TIMEFORM RATING OF 141!!

Mike Smith, upon finding himself pinched back to last out of the gate: "I'll just ride him like Zenyatta!"


Slow motion finish - Arrogate in World Cup -3:45 on the tape


~~~~~~~~~~~~~~~~~~~~~~~~~~~~~~~
ARROGATE - A HORSE APART
For how to describe what the whole world witnessed in Dubai, I turn to two of the crustiest and most knowledgeable turf writers we have today, DRF's Mike Watchmaker and BloodHorse's Steve Haskin.  They both have been around long enough to have seen some of the greatest horses of the modern era in person, which most people would mark from the 1950s to present day.

Steve Haskin:  I THOUGHT I HAD SEEN IT ALL!

Mike Watchmaker:  ARROGATE IS GREAT! OF THAT THERE IS NO DOUBT!

Still basking in the afterglow, Bill Finley takes his turn:  ARROGATE VS. PHAROAH?

‘A’ IS FOR ABSOLUTE SUPERSTAR, ARROGATE: Ride him like Zenyatta. That was the plan jockey Mike Smith turned to when ‘TDN Rising Star’ Arrogate (Unbridled’s Song), the overwhelming international favourite for Saturday’s G1 Dubai World Cup, found himself last going past …

Dubai World Cup night, a highlight of the racing year, unfolds Saturday at Meydan with $30 million in purses at stake, along with prestige and national pride.

Including the Dubai program, the weekend offers three potential tickets to the Kentucky Derby and two legs of the Global Sprint Challenge.We'll sprint right to it:

Dubai The Dubai World Cup has grown from an ambitious vision to the premier night of racing anywhere in the world. This year's renewal attracted the world's top-rated dirt horse, Arrogate, and rivals from as far afield as Singapore, Japan, Hong Kong, South Africa, Uruguay, Ireland, France and the United Kingdom to contest eight Thoroughbred races and one for Purebred Arabians in front of the plush Meydan grandstand.

For the first time South Korea has a contender, hoping to evaluate the strength of its new breeding industry.

The "enchilada" (see below) is the $10 million Dubai World Cup itself, with a distinctly American flavor. Trainer Bob Baffert will saddle Arrogate, ranked the world's best horse in a tie with Australian turf runner Winx, and Hoppertunity. Gun Runner, Keen Ice and Neolithic complete a massively strong U.S. team.

"This will be his toughest test," Baffert said of Arrogate, who has reeled off consecutive victories in the Grade I Travers, the Breeders' Cup Classic and the Grade I Pegasus World Cup. In the last two of those, he defeated the 2016 Dubai World Cup winner, California Chrome. "But he's a big, strong horse and if he shows up and runs his race, he wins it."  Read more at source

Stuart Riley on an international bonanza packed with big names.

If JUMP racing’s Olympics were last week, then it’s the turn of Usain Bolt today, with Arrogate – the horse his illustrious trainer Bob Baffert has described as the dirt version of Frankel – the headline act in the Dubai World Cup.

But for European fans this could be the equine equivalent of Super Saturday at London 2012 when Bolt’s parade through an uncompetitive heat was overshadowed by a gold glut led by Farah, Ennis and Rutherford. So packed with stars is Meydan’s undercard it could rival Hydra as earth’s largest visible constellation.

So what exactly is there to get excited about?

It may not be until the Prix de l’Arc de Triomphe – on the first Sunday in October – we see a mile-and-a-half race filled with as many heavyweights as the Sheema Classic. As John Gosden noted, his Irish Derby winner Jack Hobbs is rated 120 and yet is the fourth-highest- rated in the field.  Read more at source

DUBAI NEWS
Arrogate: How a big kid became a world champion
Arrogate, Ballydoyle Brigade share top billing
Japan declared runners
Dubai post positions - Baffert: 9 is just fine for Arrogate in World Cup
Dubai World Cup preview from a Down Under perspective
American favorites loom large in Dubai
When do you get a more elite gathering of elite jockeys
Billions of reasons why Americans are so keen to attract more big race runners from Japan
Horses to know in the Dubai World Cup card
TDN: Diary from Dubai
Weekend's best bets in Dubai
Interview with Bob Baffert - Dubai pre-race
Pre-race interview with Bob Baffert - TwinSpires
More pre-race with Bob Baffert  Talks a little about the differences in temperament of Pharoah & Arrogate.