NOTE:   AFTER A RACE HAS BEEN RUN, you can return here, click on the CARD to view the Results and watch a REPLAY. 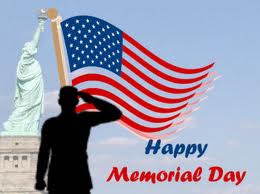 An American tradition, we pause to remember and give thanks to those who have purchased our freedom with the ultimate sacrifice.  On Memorial Day the flag is raised briskly to the top of the staff and then solemnly lowered to the half-staff position, where it remains only until noon. It is then raised to full-staff for the remainder of the day.  The half-staff position remembers those who have given their lives in the service of their country. At noon their memory is raised by the living, who resolve not to let their sacrifice be in vain, but to rise up in their stead and continue the fight for liberty and justice for all.

BRISNET Past Performances for Monday, May 28

VIDEO - Lava Man king of the shedrow, decides when it's time for dinner! 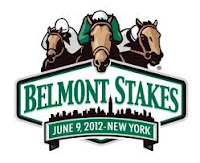 Full cards are shown below, listed in time order, all adjusted to ET.﻿
Just want a simple list of the races, time ordered?  Click here

DON'T FORGET:  Even if you can't watch the U.S. races live, you can come back here after the race has run, click on the CARD listed under the race, and watch a REPLAY!  Let's go to the races!

NOTE:  I have moved Saturday's and Sunday's races BELOW Monday's races for ease of viewing for today, Memorial Day.

BRISNET Past Performances for Monday, May 28

4:40 ET Ogden Phipps H |G1| Belmont| $400,000| 3&up| f&m| 1 1/16 mi |Race 8
CARD   Awesome Maria main star in Ogden Phipps
DRF: Handicapping Preview VIDEO with Dan Illman-Mike Beer
Awesome Maria has won 6 in a row, including Ogden Phipps last year.  It's Tricky could be at least "almost" as good as Awesome Maria.  This race could provide a picture of where It's Tricky stands against her generation. 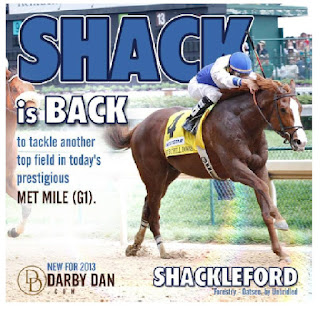 You can click on the CARD below and watch a replay of the race:

NOTES: In the Japanese Derby, scheduled for Sunday, May 27, only one horse of the 18 entries does not have Sunday Silence in their bloodline. 14 runners have Sunday Silence as their grandsire; 3 runners have Sunday Silence as the Dam’s Sire. Deep Impact -- probably the most prolific of Sunday Silence’s sons, and who was Japan’s 2005 undefeated Triple Crown winner, HOY 2005-2006, and who holds the world record for 3200 meters (just under 2 mi) at 3:13.40 -- has 7 sons with progeny running in the Japanese Derby. Other sons include Stay Gold (2 entries) and 5 other sons have 1 each progeny in the race. With over $800,000,000 in progeny earnings, Sunday Silence is the most prolific and successful sire in history. Even discounting the large Japanese purses, his record is quite remarkable and we will be able to see his sons and daughters far into the future.


International News:
Big congrats to SO YOU THINK! May 27 score in the Gold Cup
Filly takes on the boys in Singapore Classic
Amwest Entertainment - Singapore race info/recaps

************
COOL TIP:  Come back here after the races and click on the cards for the featured races below and see the RESULTS and Order of Finish, as well as VIDEO REPLAY of the race.  Also:  to get the results for all the races on a particular day, this is BloodHorse's results page:  Race Results  There will be a "short list" but scroll down and click on "View Full List".  Most will have videos of the races!! Easy way to get a roundup of a day's racing action quickly!!

WATCH VIDEO REPLAYS OF ALL STAKES RACES
BloodHorse has a great video replay site to watch all the stakes action:
BloodHorse Race Videos
You can watch all stakes races for a particular DAY, or by TRACK, or a combination.  You can also watch INTERNATIONAL and DOMESTIC racing action!  Because these are links and not embedded videos, the site loads quickly.

WATCH RACING ONLINE!
Note:  There are free sites to watch online: check out http://www.ntra.com/ or NTRA Live Stream or sign up for a free account at http://www.twinspires.com/content/video  You can also catch the replays right after the big races at http://www.raceday360.com/   Calracing has live coverage of races - Will need to register  Check frequently at DRF as they live stream many of the Derby Preps and marquee races:  http://www.drf.com/

##############
A really good site for the new fan:
Hello Race Fans! Great Beginner site - Check this out!
##############
﻿
NOTE: In order to enjoy and use the functionality of the various sites below, some sites may require you to register, however, there is no charge for most of what you will want access to.  If you want to go to the next level and actually place bets and learn more about handicapping, some of these types of services have a fee, but this is strictly your choice whether to use these services.

DRF Grid: Today's Action - Upcoming & Prior Race Days - Click on any track "day", and pull up that day's entries for each of the races
TTimes: Entries - All race cards for several days strung together
BloodHorse: Stakes Entries - Summary - Click on individual race for card details
DRF Video Replay of Immediate Past races

DRF: ENTRIES - ALL RACE CARDS PER TRACK, BY DAY
DRF - Starts with ACTIVE tracks - Click on the DAY next to the track name to see that day's full race card.

DRF: Racing Meet Dates BY TRACK
This includes a list of all American tracks