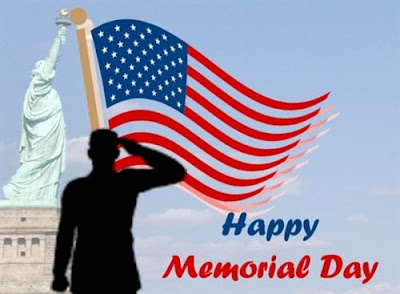 SUMMERTIME:  Memorial Day traditionally marks not only the start of summer, but it launches the "second season" of Thoroughbred racing.

Arlington Park, Belmont Park, Hollywood Park, and Churchill Downs, all will see lots of turf action. Some of the nation's top horses will be on display in the Grade I Met Mile at Belmont.

Races for fillies and mares are in action from coast to coast with a couple of sprint races added to the mix.

Handicap horses run Monday in Texas in the Group III Lone Star Park Handicap.
Overseas, Group 1 action at the Curragh in Ireland and Longchamp in Paris. The Group 1 Japanese Derby runs Sunday in Tokyo and Hong Kong has an important race at Sha Tin on Sunday as its season winds down.

Monday's $750,000, GRADE I METROPOLITAN HANDICAP at Belmont Park has graded stakes winners Fed Biz, and Sahara Sky from California. Others could include Fort Loudon, Mark Valeski, and Swagger Jack, and Handsome Mike.

Fillies and mares:  Belmont Park has two grade 1 events for fillies and mares:  The $400,000, GRADE I OGDEN PHIPPS HANDICAP is expected to include Disposablepleasure, Centring, Joyful Victory and Tiz Miz Sue. Run at 1 1/16 mile on the main track.  The one-mile $300,000, GRADE I ACORN for 3-year-old fillies will include Kauai Katie, Cue the Moon, Let Me Entertain U, Midnight Lucky, Manuka Honey and Momentary Magic.

Saturday will include, the $150,000, GRADE III ARLINGTON MATRON at 9 furlongs on the main track. Signed up is Lotta Lovin, who has recorded six of her seven career wins over all-weather surfaces. Ice Cream Silence and Hooh Why also are proven stakes performers.

TURF:  A field of 9 will be in the longest race on the grass in Saturday's $150,000, GRADE III LOUISVILLE HANDICAP at Churchill Downs: Dark Cove, the morning-line favorite is back after a victory in the Grade II Elkhorn Stakes at Keeneland.  Others include Ioya Bigtime, Atigun, Heathcote and Harrod's Creek -- any of them capable of a winning effort in the 1 1/2 mile event.

A full field of 12 is expected in Saturday's $150,000, GRADE III ARLINGTON CLASSIC at 1 1/16 miles including, including Fordubai, who ran second to Departing in the Grade III Illinois Derby in his last outing. Admiral Kitten was second in the Grade II American Turf at Churchill Downs on Oaks Day. Brown Almighty, General Election and California invader Procurement also are in the deep field of 12.

Turf milers get their chance in Saturday's $150,000, GRADE II AMERICAN HANDICAP at Hollywood Park. Obviously appears an obvious contender in a field of six.  Included in the rest of the field will be Grade 1 winne  Lucayan making his first U.S. start for trainer Neil Drysdale after racing in his native France last year. Barocci is a Japanese-bred who raced in France earlier. Bob Baffert has two -- Drill and Racing Aptitude.

FILLIES AND MARES ON THE GRASS:
Saturday's $200,000 (CANADIAN), GRADE II NASSAU STAKES at 1 mile at Woodbine drew a field of seven with morning-line favoritism divided among Irish Mission, Dancing to Town and Solid Appeal. Irish Mission, the narrow choice at 5-2, was second in last year's Queen's Plate and won the Breeders' Stakes. She was third in the Grade III Orchid at Gulfstream before shipping back north. 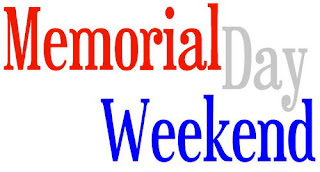 Saturday's $200,000, GRADE II SHEEPSHEAD BAY STAKES at Belmont Park is 11 furlongs on the grass. Hessonite, who took her first graded stakes win last time out in the Grade III Beaugay, will try to repeat. Six of her rivals have European races on their resume, including Starformer, Strathnaver and Julie's Love.

France:  Planteur and Beauty Parlor are among the entries for Sunday's GROUP 1 PRIX D'ISPAHAN at Longchamp. Eleven are expected in the GROUP 1 PRIX SAINT-ALARY on the same card.

Ireland: Sunday, Aidan O'Brien has 5 of the field of 9 in GROUP 1 TATTERSALLS GOLD CUP at the Curragh, including Camelot, the 2012 Derby winner. O'Brien also has Windsor Palace, El Salvador, Ernest Hemingway and the 4-year-old filly Was.  Eighteen are in for Sunday's Group 1 Etihad Airways Irish 1,000 Guineas.

England:  Sole Power and Reckless Abandon are favorites among 12 left for Saturday's GROUP 2 BETFRED TEMPLE STAKES AT HAYDOCK, a 1,000-meters event included in the British Champions Series. Sole Power is a veteran world traveler with a fourth-place showing in the Group 1 Al Quoz Sprint earlier this year on his resume. Reckless Abandon, a 3-year-old Exchange Rate colt making his first start of the year, was undefeated in five starts in 2012, topped by the Group 1 Middle Park Stakes at Newmarket in October and is one to watch.

Japan:  Sunday's GROUP 1 TOKYO YUSHUN, OR JAPANESE DERBY, is the second leg of the Triple Crown and set to have a huge field including Logotype. The son of Lohengrin was the victor in the first leg of the series, the Group 1 Satsuki Sho, or Japanese 1,000 Guineas. Others expected to include  Codino, Epiphaneia, Kizuna and Meiner Ho O.

Hong Kong:  Two-time Group 1 Hong Kong Cup winner, California Memory tops the field for Sunday's HK-GROUP 1 STANDARD CHARTERED CHAMPIONS & CHARTER CUP.  He is expected to face some significant competition in the final top-level event of the Sha Tin racing season. Dominant, from the barn of red-hot trainer John Moore.  Recent triumphs include the Audemars Piguet QE II Cup and the Champions Mile at Sha Tin and the Singapore Airlines International Cup at Kranji -- all international Group 1 events and all within a month's time. Thumbs Up and Fay Fay also are familiar names in the field.


BELMONT STAKES
Orb goes back to the track; Napravnik picks up mount on Code West

OTHER NEWS
Stevens intends to focus on California this summer