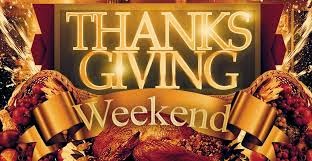 TWO YEAR OLDS still have time to work on getting a foundation and avoiding the Apollo Curse*.  This weekend will see a number of contests both maiden and graded stakes for two year olds to help them sharpen their skills for the Derby Trail ahead.  On Saturday, among the races for juveniles are the G2 REMSEN at Aqueduct, CORONATION FUTURITY at Woodbine, and the G2 KENTUCKY JOCKEY CLUB at Churchill Downs.  On Sunday, the two year old turfers can test the grass at Del Mar in the CECIL DE MILLE stakes.  The FILLIES have a few options as well with the G2 DEMOISELLE at Aqueduct, the G2 GOLDEN ROD at Churchill Downs, and the G3 JIMMY DURANTE at Del Mar.

On Friday, the SEABISCUIT HANDICAP on the turf at Del Mar will see MR. COMMONS (8/1) try to break his dry spell against  5/2 favorite TOM'S TRIBUTE and  others that include ZA APPROVAL, PURE TACTICS, and BIG BANE THEORY.

The $300,000 Grade 1 MATRIARCH for 3+ fillies and mares on Sunday at Del Mar includes a cross-entry by Lexie Lou, however, she is expected to run in the Hollywood Derby.

Now for the Marquee Events for the weekend:

The $500,000 Grade 1 CLARK on Friday represents an opportunity for the sophomores to meet their elders in a renewal that dates back to the opening of Churchill Downs, where it was first contested in 1875.  HOPPERTUNITY and CONSTITUTION are co-favorites at the morning line odds of 7/2.  Others expected to have a say in the outcome are DEPARTING and PRAYER FOR RELIEF.

Sitting atop the weekend fare is the much anticipated clash of dual Classic winner, CALIFORNIA CHROME, and the Canadian QUEEN'S PLATE winner, LEXIE LOU meet 4 others in the $300,000 G1 HOLLYWOOD DERBY at Del Mar.

INTERNATIONAL:  Sunday, Group 1 JAPAN DERBY
The 34th Japan Cup, the richest race of the Japan Racing Association -- about $4 Million USD -- fetched 19 nominations, including three from abroad – Trading Leather, Ivanhowe and Up With the Birds – and 13 Grade 1 winners. While past results in the Japan Cup have been near even with the hosts winning 19 times and the visitors 14, Japanese horses have owned the 2,400-meter competition in recent years, having won the last eight races. Alkaased, under Lanfranco Dettori, was the last champion from overseas in 2005 when he set the race record of 2 minutes, 22.1 seconds which still holds today.  Top Japanese horses include the world's top ranked horse, JUST A WAY, GENTILDONNA (2 time winner of Japan Cup), HARP STAR, DENIM and RUBY, ISLA BONITA, SPIELBERG.   Read  more at source...

*Since 1882, no horse has won the Kentucky Derby who did not run as a Juvenile.  Named for the last horse to accomplish that feat, it has been known ever since as the "Apollo Curse".

After a race has been completed, you can return here to watch replay at BloodHorse available through the CARD link.

This will be a fabulous Japan Cup!!! I will be staying up to watch this. Time is 1:55 a.m. EST, so on the West Coast that translates to 10:55 p.m. Saturday night! The race has attracted an international cast including Ivanhowe (GER), Up With The Birds (CAN), and Trading Leather (IRE), plus the Japan stars of Gentildonna, Isla Bonita, Harp Star (currently the world's highest ranked horse). I believe nearly all the entries are Grade 1 winners.
EPIPHANEIA Powers to by 4 lengths
Video replay - English version will be posted on Monday
http://japanracing.jp/en/index.html  Check in on Monday afternoon for English replay of race


© HKJC.com
A total of 25 overseas horses and 22 International Group 1 winners have been invited to compete in the Longines Hong Kong International Races to be held Sunday, Dec. 14 at Sha Tin Racecourse.
Names most recognizable to the racing public include Cirrus des Aigles (Fr) (Even Top {Ire}), who will be making his fifth appearance at the International Races and comes off his best effort at the meeting having finished 1 1/2 lengths adrift of the victorious and now-retired Akeed Mofeed (GB) (Dubawi {Ire}) in last year’s G1 Hong Kong Cup. The 8-year-old has had another successful season in 2014, with a pair of Group 1 successes and a runner-up effort G1 Dubai Sheema Classic. He’ll face a stiff challenge in the 2000-meter affair, primarily from the locals, including Hong Kong Horses of the Year Designs on Rome (Ire) (Holy Roman Emperor {Ire}) and Military Attack (Ire) (Oratorio {Ire}), and Blazing Speed (GB) (Dylan Thomas {Ire}), who caused a mild upset in the G2 Jockey Club Cup this past weekend.
Flintshire (GB) (Dansili {GB}) is the marquee name for the G1 Hong Kong Vase and should be the race favorite on the heels of back-to-back runner-up efforts in the G1 Prix de l’Arc de Triomphe and the GI Breeders’ Cup Turf. He will square off with the two most recent winners of the 2400-meter test--last year’s upsetter Dominant (Ire) (Cacique {Ire}) and the globetrotting fan favorite Red Cadeaux (GB) (Cadeaux Genereux {GB}). Just the Judge (Ire) (Lawman {Fr}) will stretch back out to the metric mile and a half off a victory in the GI E.P. Taylor S. and third-place finish in the GI Breeders’ Cup Filly/Mare Turf, both at 10 furlongs. Dominant’s victory in last year’s Vase snapped an 11-race winning streak for the European raiders. Read more at source