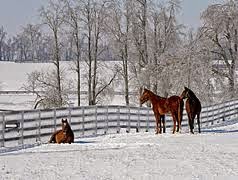 Bulletin:  ABLE FRIEND takes the Stewards' Cup easily, running next to last most of the race, then surging at the end to easily pass the field for a win by open lengths.  Results page with multi-angle video replay   Hong Kong Jockey Club Able Friend horse page with video replays of his races
Blog post, HRN:  Superstar in the Making

FLASH:  HURRICANE FLY MAKES HISTORY!
History was made today at Leopardstown with the 5th Irish Champion Hurdle win by the great Hurricane Fly, who has now beaten the great Istabaq's record of 4. The Fly also has 22 Grade 1s, a world record.

Another mighty battle between the legendary HURRICANE FLY and Cheltenham Champion Hurdle hero Jezki is on the cards, with the score currently four-two in favour of Willie Mullins' superstar. It's quite astonishing how, at the age of 11, this son of Montjeu continues to compete at such a high standard and he can create more history by winning his fifth Irish Champion Hurdle (one more than Istabraq). He took his record to nine from nine around here when beating his old adversary by just half a length in the Ryanair, putting his head down and ears back as we have seen so many times in the past, and he will be near impossible to pass if arriving in the same stubborn mood. Jessica Harrington will be hoping for third-time lucky this term with Jezki and he should put up a good fight, but ultimately, he and Arctic Fire might be left to fight out minor honours again.

Handicapping Insights - Dick Powell - 1-23-15
But things are beginning to heat up for all of us and Saturday's Holy Bull Stakes (G2) at Gulfstream Park is a major step on the road to the Kentucky Derby (G1).

So basically, the Holy Bull is a good allowance race going 1 1/16 miles on the Gulfstream Park main track. And, let's remind ourselves that we are looking to solve the Holy Bull puzzle, not pick a horse that will win the Kentucky Derby.

Come back after a race and click on CARD below for replay.

GOLD-FUN has an impressive race record. The horse that currently holds the title of Hong Kong Champion Miler has notched eight wins from 18 starts since relocating to Sha Tin from Ireland, including high-level victories in the HKG1 Hong Kong Classic Mile, G2 Jockey Club Mile and HKG1 Queen’s Silver Jubilee Cup. But an international Group 1 has so far eluded him.  Read more...
Able Friend instills further confidence ahead of G1 Stewards' CupStewards' Cup brace is Blazing Speed's aim
Veterans out to prove a point in G1 Stewards' Cup

Race replay - The Fly makes history...see full write up above

HURRICANE FLY has got the better of Jezki the last twice, including in the Ryanair Hurdle over C&D last month, and can complete the hat-trick and secure a record-breaking fifth victory in this race.