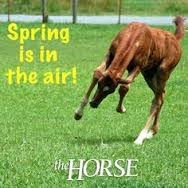 ON THE DERBY TRAIL, PLUS SOME OVERSEAS GRADE 1s in AUSTRALIA & HONG KONG!

OAKLAWN PARK: One Derby Prep this weekend, the REBEL at Oaklawn will see the seasonal unveiling of AMERICAN PHAROAH after a long layoff since September.  Probably the most anticipated return since Lazarus!

Two of the world's top rated horses will run this weekend:  ABLE FRIEND in the G1 Hong Kong Queen's Silver Jubilee Cup, and LANKAN RUPEE in the G1 Lexus Newmarket at Flemington in Australia.  Also at Flemington, the AUSTRALIAN CUP will see perennial bridesmaid at Melbourne, RED CADEAUX looking to further boost his bank balance.

However, while the nine-year-old is well ahead of his English counterparts, only success in the Sydney and Melbourne Cup's later this year would begin to threaten the imposing bank balance of three-time Melbourne Cup winner Makybe Diva, who amassed more than $12 million during her phenomenal run of success.

On Saturday, Red Cadeaux makes his fifth visit to Flemington and his consistency in major races around the world has managed to swell his prize money to more than $7.3 million. Read more

The 2015 BMW Hong Kong Derby is a Hong Kong Group 1 race over 2,000 metres held on March 15th 2015. It is one of the most prestigious and historic races on the Hong Kong calendar, dating back to 1873. Only four-year-old horses can take part in the 2,000m event, making it a once-in-a-lifetime opportunity.

Time ordered races and cards below.  After race has run, CARD will take you to replay of race.

For more video replays, click on the CARD above which will take you to the results page of BloodHorse with the replay.

Result and replay embedded in articles:
Able Friend Pulls Rabbit Out of Hat in QSJC: Able Friend (Aus) (Shamardal) flirts with danger, but proves much best in the G1 Queen's Silver Jubilee Cup.
Luger Silences the Doubters in the Hong Kong Derby: Luger (Aus) (g, 4, Choisir {Aus}) overcomes a wide passage for an impressive victory in the Hong Kong Derby.
Note:  You can also click on the CARD for the Hong Kong races, click on Results for each race to see write-ups at the Hong Kong web site.