LET'S GO TO THE RACES
Nov. 28-Dec. 1
Note: This blog is non-commercial and was developed for my own personal use to organize my racing viewing activity.  Your comments as to its usefulness to you would be appreciated.  Thanks! 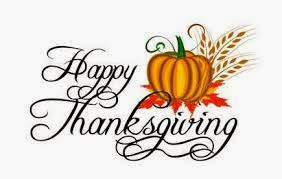 END OF YEAR STILL HAS RACING ACTION THAT COULD DECIDE CHAMPIONSHIPS!


A number of big races in the U.S. include the CLARK and the CIGAR MILE, both Grade 1s, which could have a say about the end of season championships. Lots of two-year-old races, some which will have points to the top 4 finishers to qualify for the first Friday and Saturday in May.

CLARK HANDICAP, Friday, Churchill Downs:  Game On Dude and Will Take Charge each will be looking for some redemption for losing out in the Breeders' Cup Classic.  Game On Dude's performance is still puzzling and the Clark may provide him with some end of year honors.  Will Take Charge nearly took the Classic away from Mucho Macho Man in his late run, and a win in the Clark could help his end of year honors case.

CIGAR MILE, Saturday, Aqueduct:  Groupie Doll, in what may well be her final career start, could possibly ensure the Sprint title with a win in the Cigar Mile, which she came close to winning last year. Goldencents took the Breeders' Cup Dirt mile in impressive fashion, so will be looking to reinforce his credentials and a possible say in the end of year hardware.

FALL HIGHWEIGHT, Thursday, Aqueduct: The ever impressive 7 year old Caixa Eletronica is seeking to defend his title of his impressive win last year in this event.  His most recent victory was in the Duck Dance in October.  For the year, he has 4 wins and a second in 8 starts.  A throwback to horses of a bygone era, his overall record of 68 starts, 23 firsts,  9 seconds, and 11 thirds, a bankroll of $1,848,505, has made him a fan favorite.
Also this week and next will see some international action, including the JAPAN SUPER JOCKEY SERIES will take place on Nov. 30-Dec. 1 with Jockey GARY STEVENS representing the U.S. and also on Dec. 1 is the JAPAN CUP DIRT, with PANTS ON FIRE the only foreign shipper.
Another Jockey Challenge will take place in Hong Kong on Dec. 4 at Happy Valley, and representing the U.S. will be jockeys GARY STEVENS and MIKE SMITH!
On Dec. 8, Hong Kong's GREATEST SHOW ON TURF, HONG KONG INTERNATIONAL RACES (HKIR) take place.  MOONLIGHT CLOUD heads an outstanding cast of 27 overseas raiders for the Sha Tin spectacular on Sunday, 8 December with Freddy Head’s brilliant French mare seeking to end a perfect year with a seventh top-flight win of her career in the G1 LONGINES Hong Kong Mile.  Details to follow. Whether they all show up remains to be seen, but, also expected are U.S. LITTLE MIKE, CIRRUS DES AIGLES, SKY LANTERN, MILITARY ATTACK, RED CADEAUX, DANDINO, THE FUGUE, LUCKY NINE and as they say, "many more."

I don't know about you, but I am coming to enjoy and appreciate overseas racing more and more.  I love the TURF, love the NO RACEDAY MEDS, and in general the atmosphere surrounding overseas racing is upbeat.  More variety in types of races -- overseas, at least half of the races are 1 1/2 miles or longer, not just a bunch of sprints.  We constantly hear that the U.S. sport is declining, by some estimates at the rate of 4% per year, while in much of the rest of the world, it is thriving and growing!!!

A.P. Indy fans:  Indy has two daughters in the Demoiselle on Friday, America and Got Lucky; and Centring, another filly, in the Go For Wand, also on Friday; and Honor Code in the Remsen on Saturday.

Will Take Charge wins the battle at the wire in the Clark!
Interview with D. Wayne Lukas and Willis Horton on Clark H 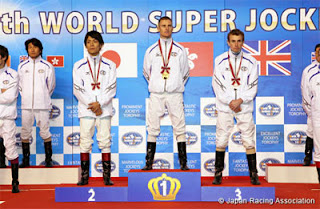 In what is one of the strongest international lineups ever assembled, North American legends Mike Smith and Gary Stevens will join peers from around the globe, among them the three-time British champion Ryan Moore, five-time champion of France Christophe Soumillon and two riders who have ignited the Hong Kong circuit this season, 13-time champion Douglas Whyte and Joao Moreira.

"The line-up for the 2013 International Jockeys' Championship is about as A-list as it gets," said William A. Nader, the Hong Kong Jockey Club's Executive Director of Racing. "It says much about the prestige of this important international event that we have a line-up of some of the world's great riders, all coming into the IJC in outstanding form. It will be fascinating and incredibly exciting to watch these international stars showcase their skills around Happy Valley Racecourse, one of the sport's iconic venues."

Australia:  Kerrin McEvoy
Darley’s rider in Australia. Winner of 44 G1 races around the world including the Melbourne Cup

Japan:  Suguru Hamanaka
The winning-most jockey at JRA racecourses in 2012 who landed the G1 February Stakes this year.

The Championships, to be hosted annually by the Australian Turf Club at Royal Randwick, will comprise 10 championship races across two consecutive Saturdays beginning on April 12 and culminating on April 19. The program is a combination of well established, traditional races plus relocated races from other dates in the wider autumn carnival period.

Over A$18 million in prize money will be won over the two headline days of autumn making The Championships one of the richest racing carnivals in the world. On the first Saturday, The Doncaster Mile will be worth A$3 million, while the T.J. Smith Stakes is now A$2.5 million and the Australian Derby offers A$2 million in prize money.