Let's Go To The Races - July 23-24, 2016
This is a non-commercial blog - Started as a convenience to organize my race viewing 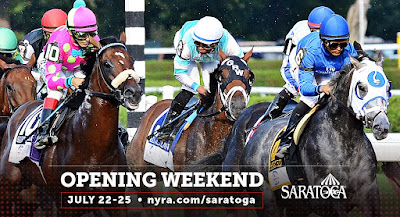 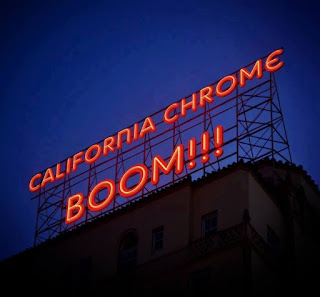 California Chrome and Dortmund raise the rafters at Del Mar! Chrome by a neck

WAYS TO WATCH THE RACES
http://www.xbtv.com/  Jeff Siegel, Aaron Vercruysse, Millie Ball
DRF Live     DRF Live - Del Mar    DRF San Diego Handicap   San Clemente Handicap
Check out Television Fanatic - Free live streaming     Check out streaming and Live TV sources
New TV show will broadcast racing Saratogba Live across America
“The launch of Saratoga Live on July 22 means that, for the first time, the best racing in America from the most historic venue will be broadcast to a national audience of more than 65 million homes. The prospect of reaching experienced horseplayers where they live, while expanding our ability to develop new fans, is something about which everyone at NYRA is extremely excited.”

While FS2 and Altitude will air only the Saratoga show, MSG+ will carry Belmont Park Live from Sept. 9 through Oct. 2 with a special presentation added on Oct. 22 for the track’s New York Showcase Day. Allevato is hopeful of adding more shows in 2017, and while Belmont Park Live and Saratoga Live might be television shows, they are also a hub for NYRA to make use of its other platforms, such as its HD mobile app.

NYRA races are also shown on Roku and in the fall there are plans to launch new apps for IOS and Android, Apple TV and Amazon Fire. In 2017, apps for PlayStation 4 and Xbox One will be added. 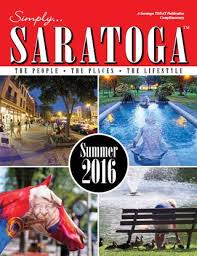 On Friday at 1 p.m. (EDT), the 153rd summer of racing at Saratoga gets underway. Forty racing days of classy Thoroughbreds, champion trainers, and Hall of Fame jockeys will include 37 stakes races, 18 of them Grade 1, and a total of nearly $19 million in purses will be given away before the meet ends on Labor Day.

The Ortiz brothers have had a lock on the New York standings dating back to the winter of 2015, having won seven of the last nine meet riding titles in the state. Older brother Irad won his first Saratoga meet title last summer; can younger brother José get his this summer?

The nationally hot jock Florent Geroux will spend his first summer full-time at the Spa, as will the Midwest's Ricardo Santana Jr. Geroux's got five mounts for four trainers on opening day, Santana's got three, two for New York-based trainers.

Steve Haskin: Saratoga rich in history
Saratoga Opening Day Friday
Saratoga Preview focuses on general issues
History of Saratoga
Thoroughbred racing has no finer setting than Saratoga Race Course, which was opened over 150 years ago. Named one of the world’s greatest sporting venues by Sports Illustrated, the past comes alive in the historic grandstand every summer as fans experience not only the best in racing, but the unmatched ambience and charm of historic Saratoga Springs.

Already famous for its mineral baths, Saratoga held its first thoroughbred meet just a month after the Battle of Gettysburg. Staged by gambler, casino owner, ex-boxing champion and future Congressman John “Old Smoke” Morrissey and beginning on August 3, 1863, the four-day meet drew thousands of locals and tourists who saw Lizzie W. defeat Captain Moore in the best-of-three series of races.

Saratoga Springs is home to the National Museum of Racing, the Saratoga Performing Arts Center (SPAC), the National Museum of the Dance, Skidmore College, and many art galleries. Resplendent in Victorian architecture, it also boasts Yaddo Rose Gardens, the Little Theatre at SPAC, the Saratoga Music Hall and the Foundation for Baroque Music. Nearby, Saratoga Battlefield in Stillwater is dedicated to “The Turning Point of the American Revolution,” while Ulysses S. Grant’s Cottage at Mt. McGregor is where the bankrupt former president and Civil War hero, wrote his memoirs and restored his family’s fortune. 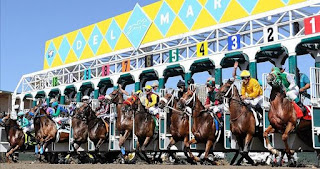 The San Diego Handicap is an American Thoroughbred horse race held annually in late July/early August at Del Mar Racetrack in Del Mar, California. This Grade II race is open to horses, age three and up, willing to race one and one-sixteenth miles on dirt. It is considered the track's key prep race for its foremost attraction, the $1-million Pacific Classic Stakes
.
Inaugurated in 1937, it was first run on July 3 as part of the first-ever racecard at Del Mar Racetrack. Since inception it has been contested at various distances.

California Chrome and Dortmund are set to meet up in the San Diego Handicap on Saturday.