Let's Go To The Races - July 1-4, 2016
This is a non-commercial blog - Started as a convenience to organize my race viewing 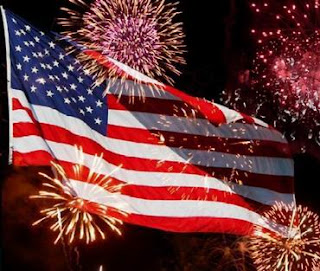 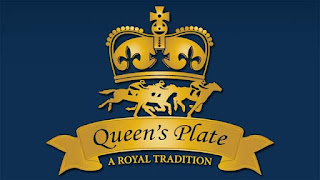 HOLIDAY RACING AROUND THE GLOBE
The holiday weekend schedule finds important races as far afield as South Africa and Iowa, with Breeders' Cup qualifiers in Florida, graded stakes in New York and California, The Coral-Eclipse in England and the Queen's Plate in Canada.

Two of Saturday's sprint features at Gulfstream Park are qualifiers for this fall's Breeders' Cup World Championships at Santa Anita.

2015 Queen's Plate and Woodbine Oaks winner Lexie Lou is among the favorites for Sunday's $200,000 (Canadian), Grade II Dance Smartly Stakes for fillies and mares at Woodbine. The 9-furlongs event also drew Strut the Course and Heath among 11 starters. Read more

SOUTH AFRICA DURBAN JULY HANDICAP
The Durban July Handicap is a South African Thoroughbred horse race held annually on the first Saturday of July since 1897 at Greyville Racecourse in Durban, KwaZulu-Natal. Raced on turf, the Durban July Handicap is open to horses of all ages. It is South Africa's premier horse racing event and currently offers a purse of R2.5 million (app. US$360,000).

First held in July 1897 at a distance of 1 mile (approx 1600m), the distance was modified several times until 1970 when it was changed to its current 2200 meters   Handicapping info  More info  Entries 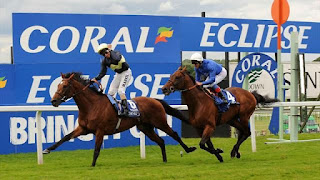 The Coral-Eclipse is famed for being the first time that the British classic generation can face their older peers at Group 1 level. 2015 Investec Derby winner won the most recent renewal of the race - other stars to have landed the Coral-Eclipse in recent years include Sea The Stars, Hawk Wing, the Australian champ So You Think, Nathaniel, Al Kazeem and Mukhadram. Going further back, Coral-Eclipse champions include such legends as Mill Reef, Brigadier Gerard, Dancing Brave and Saddler's Wells. It really is one of the most fascinating and important races of the season. Read more at source
The Gurkha faces six in Coral Eclipse showdown
Analysis Coral Eclipse
Forecast: Evens The Gurkha, 7/2 My Dream Boat, 4/1 Time Test, 7/1 Hawkbill, 14/1 Western Hymn, 50/1 Bravery, 150/1 Countermeasure

RESULT:  Hawkbill (Kitten's Joy) eclipses The Gurkha after epic battle
Mile and a half holds no fears for Hawkbill Team after Eclipse heroics

Don't forget, after a race has run, return here and click on the CARD for the replay (U.S.) 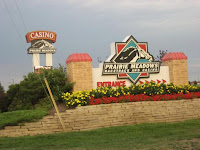 QUEEN'S PLATE, WOODBINE
The first shot had not been fired at Fort Sumter in the U.S.Civil War when the Queen's Plate race was first run in 1860. You can watch the entire card online at DRF Watch Queen's Plate via live streaming at DRF - click here
Mike Watchmaker and Matt Bernier handicap the Queen's Plate
HRN - Queen's Plate analysis
'Ghost takes on males in Queen's Plate

Ten Things You Should Know about the Grade 1 United Nations today
GRADE 1 UNITED NATIONS, today at Monmouth 4:52 p.m. EDT. A fun fact is the great Dr Fager ran and won his only race on the Turf WIRE TO WIRE in 1968. Others who won this race include one of my all time faves ROUND TABLE, twice in 1957 and 1959.
Can'thelpbelieving seeks first 2016 win in United Nations
Wake Forest leads Chad Brown trio in United Nations
United Nations Stakes Preview

Sir Dudley Digges upsets Queen's Plate
The Ramseys got a lot of holiday cheer over the weekend with the success over seas in the Coral Eclipse of their top sire, Kitten's Joy's son Hawkbill taking the Grade 1 on Saturday, then on Sunday Sir Dudley Digges upsets in the Queen's Plate. Ramsey says they are going for the Canadian Triple Crown as he thinks Dudley can do it. Nothing Ken Ramsey says he wants to do should be discounted, as he has achieved about as much success as an owner/breeder could hope for over the years. His success is not limited to breeding top class horses, as he seems to also know how to buy a future winner. Dudley was purchased for $130,000 as a 2 yr old in training. Another "late bloomer", taking SEVEN TRIES to break his maiden.